So I asked a question today on Facebook, “Why did you marry your spouse?” I have the best Facebook friends on the planet and those that responded delivered. Positive or not I was glad to read their thoughts. The reason why I asked that question was, during my move over the weekend, I heard a pastor say that married couples spend, on average, a little more than 30 minutes in conversation each day. This lead me to ask the question, which caught my wife’s attention, “Why get married?”

I knew someone would eventually ask what my reason were so I thought I better gather my thoughts. See I am not as eloquent as most so I needed to think this through. On one of our early dates, second or third, we were watching the movie, “The Man In The Iron Mask”. During that time we talked and laughed, while sitting on opposite ends of her ridiculously long couch. Time was forgotten and before we knew it it was 3:32 in the morning. That was when she said it was time to go. ;) Since I am not capable of sitting still for very long, still can’t, this was significant for me. I knew that she was the one but because I am a boy, and wasn’t sure on her end, I played it cool. ;) 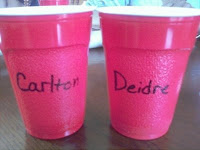 The thing that really sealed the deal for me, was that our conversations were not about our emotions (even though we were in love), or our passion (Smokin!). They were about our future plans. We joke about how bottom line we were while dating. She was always pressing for my goals and I was always making sure that I not only had some but that I was achieving them. ;) I did the same to her though I am not sure the impact was the same. Like my friend Chris said, being around her makes me want to be a better man. We know that we were made for each other. We know that it was done intentionally. We know that there is a purpose for it and we are excited to run this race together. 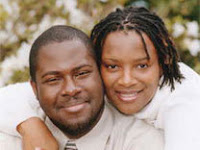 I was talking with some friends last week. They are trying to get things back on track after drifting apart for a time. I asked them the same question that I asked all of you, Why Did You Get Married?” If you take the time to understand the why the how will take care of itself. In their case just remembering why made a big difference in their desire to correct their course.

Hi All, I just got a new HTC Hero phone from Sprint. I must say that it has taken some getting used to. After a couple of days I am very pleased with it.
Read more

Here are some notes that I took while listening to a sermon on Biblical Manhood by Pastor Voddie Bauchman author of Family Driven Faith: Doing What It Takes to Raise Sons and Daughters Who Walk with God .  Share your thoughts in the comments below. Link to the sermon pt1 Link to the sermon pt2   Biblical Manhood by Pastor Voddie Bauchman We don't need more ball players.  We need Men with Trained Minds. We need Men with Godly Biblical Character We need Men with Multi-Generational Vision We need Men who commit themselves and all their faculties to Almighty God We need to Raise Warriors for Christ, not Entertainers. We measure men today by the 3 B's Ball Field Bedroom Billfold These are the three things that we need to see in Biblical Men God Honoring Labor No Lazy Men - It is my job to protect my daughter for worthless men.  "Do Not Abide a Lazy Man."  Don't get involved before your evaluate.   - What has more value, Lamborghini Testerosa or y
Read more

God's Man | Joy Is Free, But Not Cheap by Desiring God

December 11, 2014
Can twenty years of ever-sharpening focus, ten thousand resources, and the heart of Christian Hedonism be summed up in three minutes? With the help of gifted artists, we try in this video. It’s a celebration. It’s a thank you. It’s an explanation. It’s an invitation. I never thought of myself as a great narrator. But I do have great news. I hope you enjoy this overflow of joy from Desiring God. Gifts can be made at http://bit.ly/1yVPjAI. Voice: John Piper Written by: David Mathis, Marshall Segal and John Piper Production: Stefan Green Concept & Direction: Jorge R. Canedo Estrada Design: James Graves Animation: Phil Borst, Jorge R. Canedo Estrada & Seth Eckert Music: John Poon
Read more