A Leaders Burden in Spider-man 3...

May 11, 2007
am a nerd, and proud of it. Spider-man was a great character, one of my favorites, and I have been happy with Hollywood depiction of the story. Do not read ahead if you haven’t been to see this movie and are planning to. 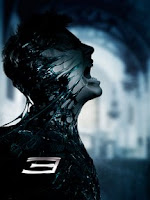 In the movie Spider-man is struggling. He is struggling to understand his role as a leader, trying to be a hero, and later trying to overcome his own dark side. During the story Spider-man gets infected by an alien life form named Venom which released the dark side of his nature. It made him extremely angry and narcissistic. His anger led him to destroy the reputation he had built up. As leaders we have to be careful how we act. There are so many eyes on us and there is always someone out there trying to tear us down. We also have to be careful with whom we share our burdens and this is what I pulled from Spider-man 3.

The scene that exemplifies this message comes when Spiderman is trying to rid himself of his demons. He goes, surprisingly enough, into the belfry of a church. I loved the imagery here. When Spider-man was trying to reclaim his hero hood he sought redemption in the church. Once inside he began to scream and tear at the parasite on his body. He was able by attacking the enemy in its weak point, sound. During this epic battle Eddie Brock walks in and sees Spider-man. Spider-man finally rids himself of the alien but in the fight it bonds itself to Brock. However Brock is unable to battle Spider-man’s burden and is consumed. Eddie Brock couldn’t fight a burden that was Spider-man’s to eradicate.

As leaders we have to battle our own demons, through the authority Jesus gave to us. We cannot turn our backs on it or keep it a secret. When we keep our burdens, and our triumphs over them, a secret we cannot empower those who follow us. They feel alone and isolated, as if they are the only ones who have ever faced these issues. By sharing our triumphs and tribulations, within reason, we empower others to share theirs. This way, as a body we can overcome them.

What do you think?

Top 5 Recent Movies that Have Influenced Me Spiritually...

What is Playing in My Head Right Now...